BIG RAPIDS — It was quite a regular season for the Crossroads Charter Academy girls basketball team.

But the Cougars are also hoping it will be a special postseason.

Crossroads enters the postseason at 12-8. The Cougars are at the McBain Northern Michigan District and play either Walkerville (17-3) or Mason County Eastern (11-9) at 8 p.m. on Wednesday in a Division 3 district semifinal.

Sophomore Jessica Cole has been among the team’s key players.

“We moved the ball very well and everyone’s shots were dropping. It flowed,” Cole said last after the team’s last win, 50-15 over Bear Lake.

Two losses this season were in overtime, including one to Walkerville, the conference champion.

Crossroads only won three games last year and has improved by nine wins.

“We’ve been trying a lot harder in practice and we set higher standards knowing we can win more games,” Cole said. “I get a lot of rebounds and assists, mostly, and some closeup baseline shots.” 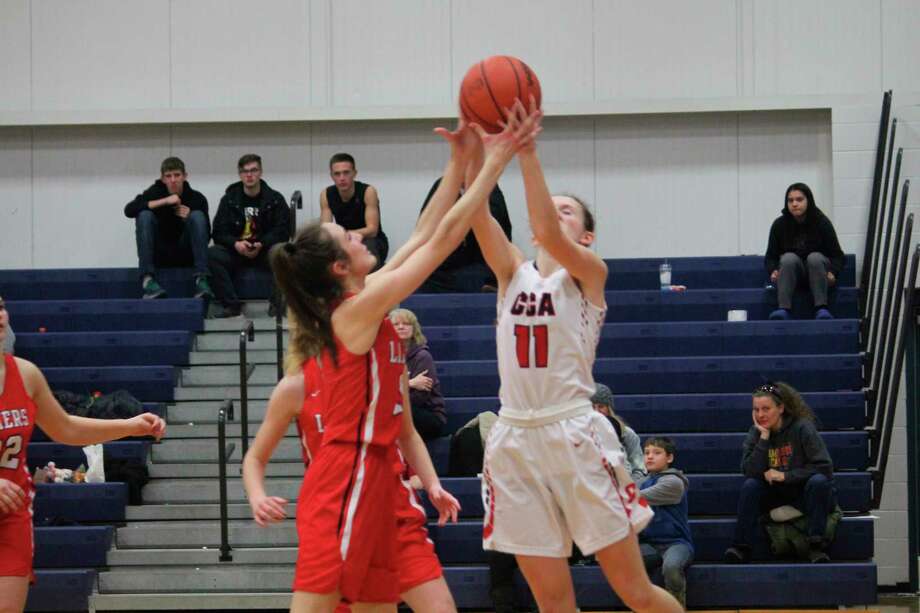 The key on assists “is drawing out the defender and making the open pass,” she said, adding the key on getting rebounds is “boxing out and jumping really high.”

Cole is confident the Cougars can do well in the postseason.

“We need to learn how to close out, get the early rebound and make the good pass,” she said.