BIG RAPIDS — Miranda Carlson is about to put the finishing touches on a successful and memorable collegiate basketball career, but she doesn’t expect to walk away from the game anytime soon.

A native of Big Rapids and former Crossroads Charter Academy student, Carlson is about to play in her final regular-season game at Grace Christian University on Friday night and will soon compete in her final National Christian Collegiate Athletic Association (NCCAA) postseason tournament.

At one point, she said going to college did not sound like it would be a viable option for her and was “heartbroken” at the thought of never again playing the sport she has always loved.

Two weeks before the start of the fall semester, that all changed and after four years as captain of the basketball team, Carlson knows she made the right choice.

“I didn’t want to try and be a walk-on at Ferris or go to Cornerstone or something like that because it’s just too big for me,” Carlson said. “I looked at Grace and felt that connection right away.” 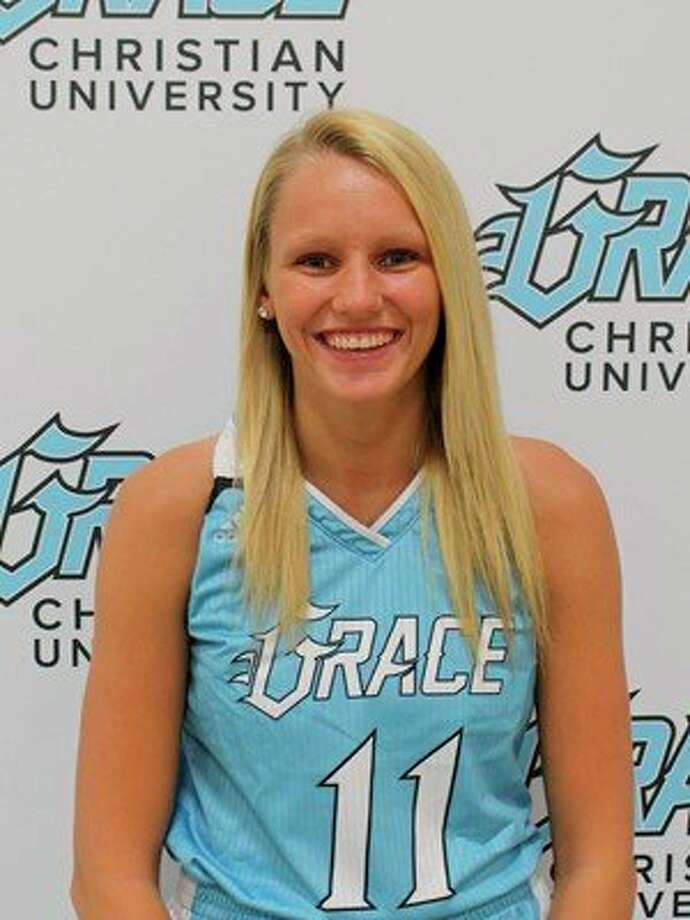 For Carlson, her experience as a collegiate athlete has been somewhat atypical to what most would consider the ‘standard’ but that is one of the main reasons why she chose Grace Christian in the first place.

Basketball is a staple in Carlson’s life, but so is her faith.

“What I really like is we don’t just get pushed to be the best athlete that we can be but we’re also pushed and encouraged to be the best spiritual leader we can be,” Carlson said. “In high school, we all knew that but it’s not really stressed. Playing at Grace has really engraved that.”

Having already reached the 1,000-point plateau during her junior year of eligibility, Carlson’s senior season has played out in somewhat of a different manner.

Carlson had to be sidelined for the first 15 games of the 2019-20 regular season while she recovered from surgery after tearing a ligament in her ankle.

Despite the setback, Carlson managed to get back on the court and in the Tigers’ starting lineup a full month ahead of schedule in late December.

“I’m still working on getting the flexibility back in my ankle and working on my agility,” Carlson said. “It’s been going good so far; it’s coming together pretty good.”

With the injury and delayed start to her season in the rearview, Carlson said bringing home a regional and national championship to the Lady Tigers’ hoops program.

Grace Christian basketball has just one women’s regional title to its credit in its history and has never won an NCCAA national championship.

“Our boys’ team actually just won nationals last year, so it’d just be kind of cool to get that in the books for my senior year and be the first Grace women’s basketball team to get that national title,” Carlson said.

During her time at Crossroads, Carlson was coached by JJ Eads for the better part of four seasons.

Eads, who currently is the head coach of the Baldwin boys’ basketball team, said Carlson was a big part of his team’s success when she was a CCA Cougar and admitted she could have scored even more points had his teams not been so evenly skilled.

“She was a great teammate and a pleasure to coach,” Eads said “I’m really happy for her success at Grace Christian. She played numerous positions for us but mainly was used as a shooting guard but played point guard and forward positions as well.”

Eads said he had to rely on Carlson for offense a lot more during her senior season at CCA and said he is happy to see what she’s done during the next chapter of her basketball career.

“I am thrilled to see her succeed at the collegiate level, scoring her 1,000th point during her junior year at Grace was really special,” Eads said.

During her sophomore season at CCA, Carlson also was able to share some time on the court with her older sister Mallory, who was a senior at the time.

She said it ranked at the top of her favorite high-school basketball memories.

As far as the future is concerned, Carlson said she expects to travel to New Orleans in April to attend the Eurobasket Summer League — a showcase for post-college hoopsters to perform in front of American and European scouts and agents with the hopes of landing a contract and continuing the dream of playing organized basketball.

This event is not for anyone who decides to show up at the gates, but instead, contestants must be hand-drawn from a pool of players.

“Not many college students (in NCCAA) get picked, so that’s pretty awesome,” Carlson said. “My assistant coach is trying to help me get in the gym and weight room more because I’m going to be going against DI and DII athletes as well.”

The Eurobasket Summer League will take place from April 2-5.