BIG RAPIDS — It was a good week for Crossroad Charter Academy’s girls basketball.

It was a good night also on Thursday with the Cougars overwhelming Bear Lake 50-15. CCA was playing its third straight game in as many nights. They lost 47-40 to Walkerville in a valiant double overtime effort on Tuesday to the leagues’ first-place team. On Wednesday, they humbled Charlton Heston Academy 39-9.

“We’ve played well,” CCA coach Jason Kostecki said. “We played well enough against Walkerville to win that game. We were up the whole game. In the last three minutes we lost our composure a little bit and they hit some shots.”

CCA built a 16-5 lead after the first quarter and kept the pressure on, holding Bear Lake to two points in the second and none in the second. The Cougar offense continued to click with McKenzie Cole scoring for two and a 20-5 lead at 4:18 of the second. Cole later scored off a steal for a 24-5 lead. Jozlyn West connected to put Crossroads’ point total to 26.

Cole scored off a steal for a 28-7 lead early in third quarter. Allie Angell moments later made it a 25-point lead with two straight layups. Jacy Carlson’s basket at 1:59 made it 34-7. She scored later for a 38-7 lead. 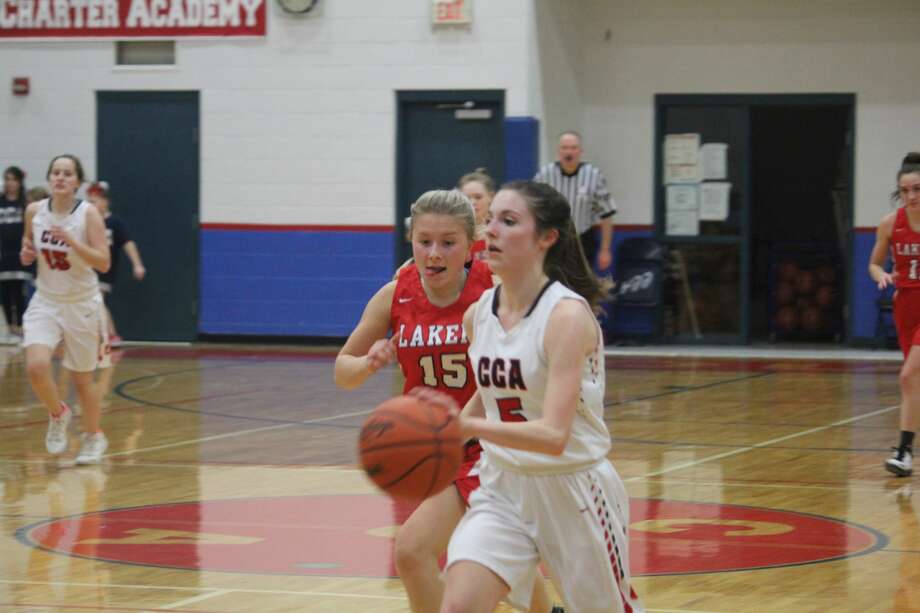 “The two teams we beat the last two nights we beat by 15 the last time and we beat them both by 35 and 40 this time, Kostecki said. “That’s good improvement on their part.”

Angell led CCA with 19 points followed by Mackenzie Cole (13) and Jacy Carlson (8). “It was a pretty good performance,” Jessica Cole said. “We moved the ball around very well. Everyone’s shots were falling tonight.”

No Events This Week

Events are added by athletic staff.
View All Events