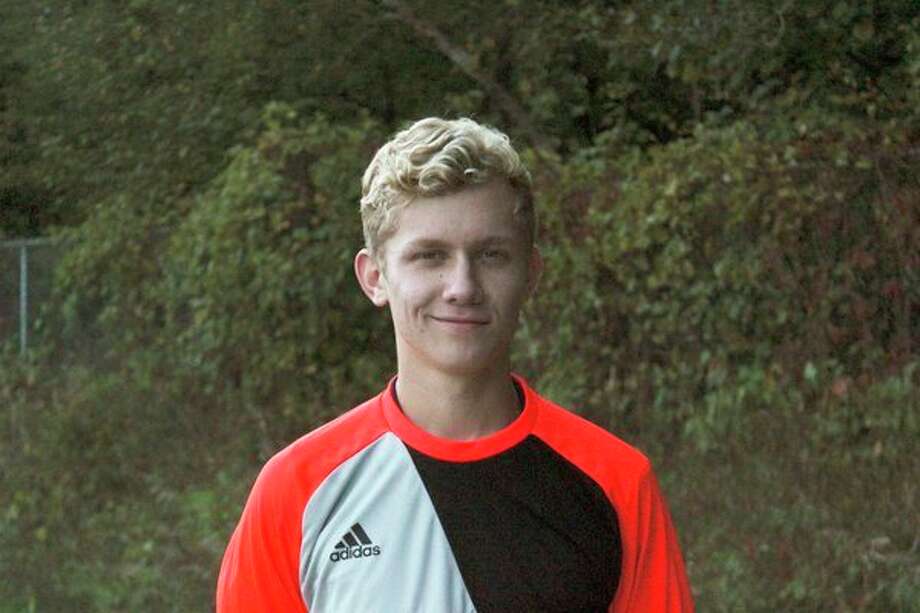 BIG RAPIDS — It was a soccer career Cameron Carnes will remember for a long time at Crossroads Charter Academy.

Carnes is in his senior season and earned all-conference honors in both the West Michigan D League and Northern Michigan Soccer League and was all-district. He had 204 saves this season.

“He was a four-year player with three in the net, and a leader,” CCA coach Josh Yurick said.

Carnes played soccer in middle school and became interested in being a keeper.

“I talked to my coach about it and he mention to me about being a goalkeeper,” he said. “You just have to keep your eye on the ball, and know your angles so when a forward comes at you, you can know where they’re going to shoot at so you can block it.”

It was his best year at keeper, Carnes indicated.

“We’ve improved so much better in the past year,” he said.

Late in the season, Carnes had 31 saves in a game.

“A few weeks ago, we played Pine River and I had a shutout against them,” Carnes said. “It’s been an on-and-off season. We have moments where we do good and moments where we need to improve as a team, and be focused and play together as a team.”